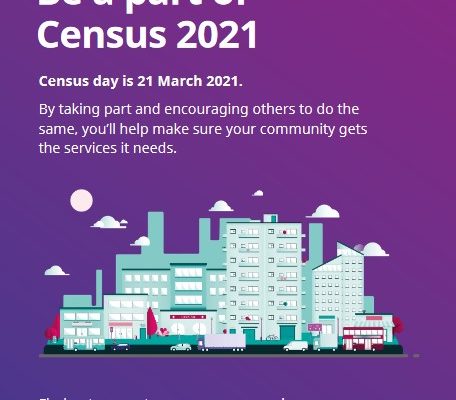 In this post, Lisa Buckner discusses why the Census is so important, particularly during a pandemic. THE 21st March 2021 is Census Day in England, Wales and Northern Ireland. This marks the latest in a series of household and population counts that date back to 1801, or even further if you count the 1086 Doomsday Book. Censuses have been undertaken every 10 years since 1801, with the exception of 1941 during World War II when we had a system of Civil Registration. The earliest Censuses between 1801 and 1831 just provided a count of the number of people in an area. From 1841, information was collected on each household and the residents within it. This included their name, age (or date of birth) and sex, whether they were married or single, their relationship to the head of the household, information on their occupation, economic status, whether an employer or employed and also their birthplace (Duke-Willians, 2018). More recent Censuses include questions on all aspects of our housing and households, as well as information on the demographic and socio-economic characteristics of all residents.

This long series of snapshots of the population provide invaluable insights into how society has changed and developed. This can be seen in these data which demonstrate extraordinary changes to the population and labour market over these 210 years. For example, it is shocking to think that in 1851 there were 21 chimney sweeps aged between 5 and 9 years old in Yorkshire. Societal change can also be mapped through changes in the types of questions asked in the Census (questions about toilets and baths were added in 1951 as rebuilding began after the war) and the method of collecting and processing the data (from paper-based tallies to computer scanning and online completion).

For the 2021 Census, new questions have been added (including sexuality), and others have been modified (marital status and ethnicity), to reflect changes in legislation (legalisation of same-sex marriage) and population changes. When I have spoken to people about the forthcoming Census, they often ask why the Government needs to ask intrusive questions such as the optional question on sexuality. One of the main reasons for the addition of these questions is the Equality Act (2010) which protects people from direct or indirect discrimination, harassment and victimisation. Under this Act, there are nine protected characteristics: age; disability; gender reassignment; marriage and civil partnership; pregnancy and maternity; race; religion or belief; sex and sexual orientation. So effectively the Act covers everyone since we are all included in these protected groups. Collecting these data allows us to monitor differences in access to health services, housing and the labour market between people with different sets of protected characteristics.  In turn, this supports our understanding of the pathways through which discrimination is occurring. To do this, questions have been added to the Census to try and cover as many of these protected characteristics as possible. The 2021 Census should produce data on all of the protected characteristics except for pregnancy and maternity and, in England and Wales, disability. Although the Census in England and Wales includes questions on general health and limiting long-term illness, it doesn’t ask about disability and impairments, which limit the extent to which disability discrimination can be explored.

Being able to identify potential discrimination by these characteristics might seem unimportant in the current situation. However, the Covid-19 pandemic has brought into sharp focus underlying differences in rates of exposure, infection, hospitalisation and death by age and ethnicity with some communities being much more badly affected than others. Some of the differences in these Covid-19 rates are related to high numbers of people from some ethnic groups in certain occupations which are either essential (for example health and social care and some types of retail) or cannot be undertaken from home (manufacturing). Research has also demonstrated the detrimental impact of Covid-19 on people living in poverty and deprived areas of the country, which affects people from some ethnic groups more than others (Nick Emmel has written recently in this blog about Covid-19 and inequality and poverty).

The process of the Government gathering data in the Census can feel intrusive, that Big Brother is watching us, and why do they need these data anyway when they already know so much about us? There is also a concern that responses to the Census might be shared with the tax or benefits offices who might then query our living or working arrangements. Census data are held securely after collection for 100 years with only statistics and highly anonymised data released. No data that identifies a person or their family is permitted to be released, even to another Government department. The data are considered so sensitive and important that they are protected by their own Act of Parliament, the Census (Confidentiality) Act (1991), which makes it illegal to disclose personal information from the Census. When I think about the data collected in the Census, I consider the need for the data outweighs any feeling I might have about its intrusiveness, especially when I think about how much Tesco knows about me through my Clubcard, or other retailers through similar schemes. So why does Big Brother need these data?

The most important function of Census data is that the Government uses it to distribute billions of pounds each year to local authorities and health authorities to ensure that the people who need services can access them. In addition, both the Government and local authorities use the data to help plan future housing, health and care, transport and education needs across the country. Unlike most surveys, the Census, which you are legally obliged to complete, usually has an impressive completion rate, estimated to be 94% in 2011. However, people still get missed from the Census, sometimes because they are unable to access a form or their family miss them off. This is particularly true of babies under one year old who are often missing from their families’ form. Other groups that are often missed include young people aged 20-29, particularly those living in inner-city areas and older women.

Collecting data on over 90% of the population sounds very impressive. However, it is very important to count everyone. If the Census data don’t accurately reflect the population then some areas of the country and some groups could miss out on the services they need. If the Government uses inaccurate data to distribute money to local areas, some areas may miss out on the funding they need to support their residents. This could lead to people not getting the support they need or increases in local taxes such as council tax to cover this shortfall in funding. It also makes future planning difficult because it could potentially be based on data that doesn’t reflect the current situation and the changes since the 2011 Census. This could make it difficult to predict the future needs of the population, as the saying goes in forecasting ‘rubbish in – rubbish out’.

As well as being an essential resource for future planning at the national level, the Census is the only reliable data available at very small geographical levels. The Census Office (part of the Office for National Statistics (ONS)) who plan and undertake the Census in England and Wales divide the countries of England and Wales up into very small areas, each containing about 120 households. Data from the Census are then available for these very small areas as well as larger areas such as wards, parliamentary constituencies and local authorities. This allows local authorities to target support to the people who need it and to plan at a local level where to build new housing and other facilities such as schools and health centres.

The Census is also very useful for people, like me, who are interested in family history. Census data are kept secret for 100 years after collection but after this time they are released to the public and can be accessed for free at The National Archives in Kew, many local libraries and record offices and also on a number of subscription websites. I remember the excitement 10 years ago when the 1911 Census data were released and I found my Grandad in the records, a baby of just a few months old. It was strange to reconcile this census record with the person I knew in his seventies, but fascinating to see glimpses of my family in the past.

You might ask why the Government is pressing ahead with the Census given the current pandemic, Scotland after all has postponed its Census until next year. Planning a Census takes 14-15 years. When I started working at the Census Office in 1997 on the 2001 Census, they had just started planning the 2011 Census. The Census questions are tested multiple times to ensure the wording and categories are clear. ONS also undertakes both a Census Test and a Census Rehearsal in the years running up to the Census to trial the distribution and return of the forms. It is also a huge practical undertaking. You need to distribute letters or forms to 30 million households and get their response within a short space of time. So logistically re-arranging it might be costly and problematic. However, I think this is a unique opportunity to see how the pandemic has affected different groups of people across the country, with data collected on the same day, providing a snapshot of our lives during Covid-19.

During February and March, letters will be delivered to all households, care and nursing homes, student residences, hospitals, and prisons, everywhere that people live, encouraging people to fill out their Census forms. Local Census Enumerators (fieldworkers) will also endeavour to count rough sleepers and people in temporary accommodation. These local Enumerators will be following up with households to ensure that everyone participates in the count and no-one is missed, adhering to social distancing measures in place at the time. Personally, I see the completion of the Census as similar to participation in elections, you can’t really complain about the results if you don’t get out and vote to potentially influence the outcome. I urge you, therefore, to fill in your form and remember also, if you don’t fill it out a civil servant in the Census Office (or a statistical algorithm they have programmed) might make you up!

ONS 200 years of the census https://www.ons.gov.uk/census/2011census/howourcensusworks/aboutcensuses/censushistory/200yearsofthecensus

Dr Lisa Buckner is a Social Statistician who specialises in the analysis of large and complex data sets, and the use of official statistics and surveys for policy-applied research. She previously worked in Census Division at the Office for National Statistics (ONS) on the development of the 2001 Census.

Dr Lisa Buckner is a Social Statistician who specialises in the analysis of large and complex data sets, and the use of official statistics and surveys for policy-applied research. She...
View profile